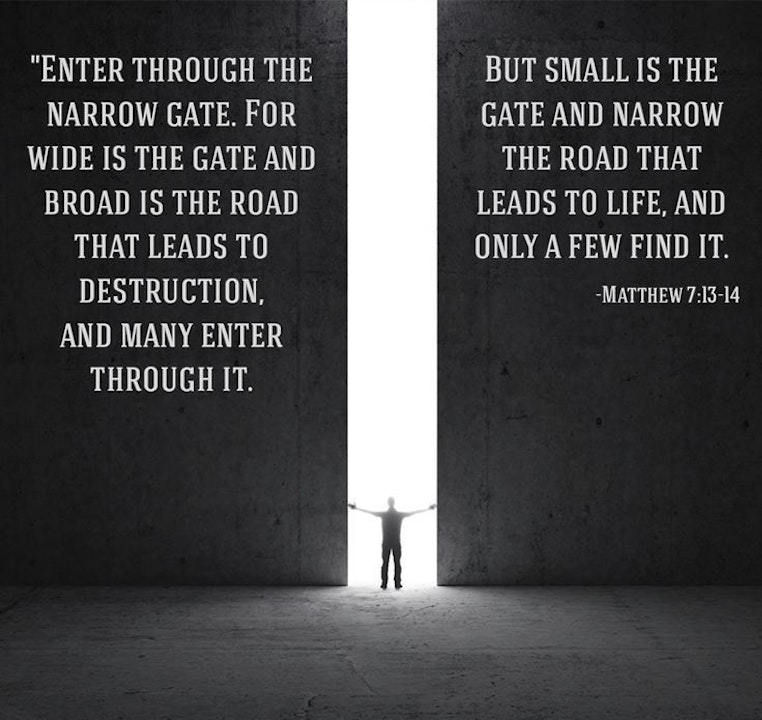 There are two gates - a broad one and a narrow one.

These two gates lead to two different destinies:
- the broad one to destruction
- the narrow one to life

To enter the narrow gate that leads to life is described as "difficult." This word has the meaning of "being squeezed or compressed." A person who goes through this narrow gate has intentionally entered and gone through. This is not by chance or happenstance, but a determined decision.